Who will win an all-important top-5 pick in Tuesday’s NBA draft lottery?
The 2021 NBA draft lottery will be held at 8:30 p.m. ET on ESPN. Here's what you need to know.[read more]
Murphy to leave UVA, keep name in NBA draft
Trey Murphy is the No. 30 prospect in the ESPN 100 and is a strong candidate to go in the first round of the 2021 NBA draft.[read more]
Stevens: Kemba-Horford deal helps Celtics' stars
Brad Stevens says the decision to trade Kemba Walker for Al Horford -- and every other move he makes as the Celtics' new president -- is to help maximize the talents of Jayson Tatum and Jaylen Brown.[read more]
Sources: Blazers continue Billups, Hammon talks
Chauncey Billups, Becky Hammon and Mike D'Antoni have advanced to second interviews in the Trail Blazers' search for a head coach, sources told ESPN.[read more]
Kawhi out for Game 2 vs. Suns; Morris uncertain
Marcus Morris' status for Game 2 on Tuesday is up in the air after he injured his right knee and played only five minutes in the second half of Game 1.[read more]
Morey: 25-26 teams would 'love' 76ers' situation
Less than two days after his 76ers were bounced out of the playoffs by the Hawks on their home court, Daryl Morey was emphatic in his belief that the level of negativity that surrounds the franchise at the moment doesn't match reality.[read more]
Middleton, Love join USA; Holiday in, per source
Bucks forward Khris Middleton and Cavaliers forward Kevin Love have committed to joining Team USA for the Summer Olympics, agent Mike Lindeman told ESPN's Adrian Wojnarowski, with a source saying Jrue Holiday will join them.[read more]
Sources: CP3 declines invite for third Olympics
With virtually no break between a potential Suns appearance in the NBA Finals and Team USA's opening Olympic game, Chris Paul has declined an invitation to play in the Summer Olympics, league sources told ESPN's Adrian Wojnarowski.[read more]
'He's fearless': Trae Young's heroics came just in time
Ice Trae went ice cold for much of Game 7, but he turned up the heat when it mattered most.[read more]
NBA trade tracker: Grades and details for every deal
Which players and picks are on the move? We have a rundown of the latest deals.[read more] 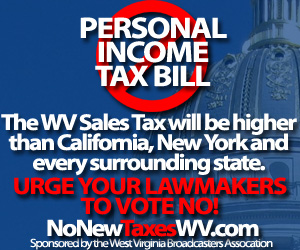