Sources: Texans hiring Culley as head coach
The Houston Texans have hired Baltimore Ravens assistant David Culley to be their next head coach, sources told ESPN, confirming a report by the Houston Chronicle.[read more]
Source: Packers fire special-teams coordinator
The Packers fired special-teams coordinator Shawn Mennenga after two seasons in that role with the team, a source confirmed to ESPN.[read more]
Sources: Ex-Vols coach Pruitt to be Giants asst.
Former Tennessee coach Jeremy Pruitt is headed to the NFL as a defensive assistant with the New York Giants, sources told ESPN.[read more]
Colts need 'veteran vision' at QB, owner says
As they prepare to start a fifth different quarterback in Week 1 next season, team owner Jim Irsay said he believes the Colts are close to competing for a Super Bowl if they can "get someone to come in this year who's ready to go."[read more]
Washington's King: 'Super cool' to make history
Although she viewed her promotion as the logical next step in her career, new Washington assistant running backs coach Jennifer King is excited to make history as the NFL's first Black female assistant coach.[read more]
OT Wheeler charged in domestic violence case
Former Seattle Seahawks OT Chad Wheeler was charged Wednesday with first-degree domestic violence assault, domestic violence unlawful imprisonment and resisting arrest.[read more]
Jason Witten retiring: 'Gave it my absolute all'
Jason Witten is retiring after 17 seasons and intends to sign a one-day contract with the Cowboys to retire with the franchise, he told ESPN's Todd Archer.[read more]
Texans coach David Culley tasked with changing culture, but will he have Deshaun Watson?
Culley's energy and teaching qualities got him the job, but the challenges are numerous -- highlighted by whether he'll have Deshaun Watson to lead his offense.[read more]
Tom Brady's Tampa Bay timeline: Events that defined his first season with the Buccaneers
It has been a season of change for Brady, but he's back to a familiar spot: the Super Bowl stage. Here's how it all unfolded.[read more]
What-if scenarios for the top 10 of the 2021 NFL draft
What if the Cowboys could pick any defender? What if the Jets try to trade up? NFL Nation weighs in.[read more] 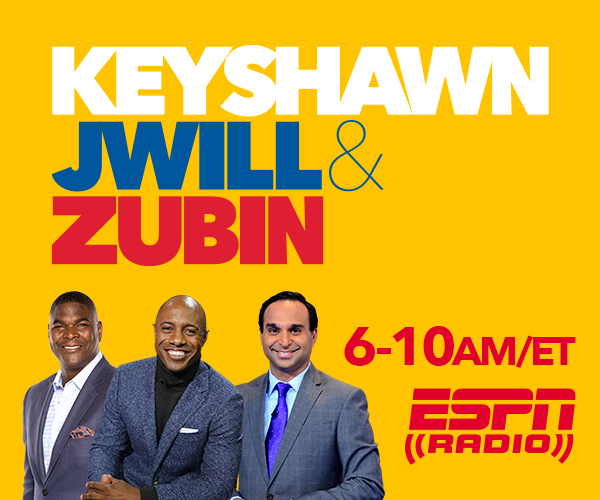